MALE VIOLENCE: What Can We Do About It?

May 24, 2022 by Leonard Szymczak
When I hear about another mass shooting, I automatically assume the shooter is a male. Of all the mass shootings in recorded U.S. History, 98% are committed by men. Already in 2022 there’s been some 200 mass shootings.

Most of us have encountered incidences of violence being perpetrated by another male. James Gilligan, a psychiatrist who had been director of mental health for the Massachusetts prison system, wrote in Violence: Reflections on a National Epidemic, “Violence is primarily men’s work; it is carried out more frequently against men; and it is about the maintenance of ‘manhood.’. . . Most of that violence, in every nation, every culture, and every continent in which it has been studied, and in every period of history, has always been violence by men against other men.”

He does not minimize men’s violence against women and says it is no less tragic, but far less frequent than the beatings and killings that men subject to other men. Think of the war in Ukraine and the deaths of countless soldiers in addition to the women and children.

Gilligan goes on to state, “Violence—whatever else it might mean—is the ultimate means of communicating the absence of love by the person inflicting the violence.” Mass shootings may be the ultimate sign of that lack of love.

As a therapist for 40-plus years, I know that we men tend to externalize our problems and can easily blame others. That can translate into anger and violence. As well, action movies portray “real men” as using violence to solve problems. James Bond, Jack Reacher, and Jason Bourne are examples of tough, angry men using brawn not relationship skills to handle conflict. Young boys are watching these movies and absorbing the message.

Real-life problems aren’t solved by violence. The role of women has often been to restrain violence. Men must do the same. We must speak out against violence, learn healthy ways to release tension and resolve conflict, and teach the younger generation to do the same.
Prev Next 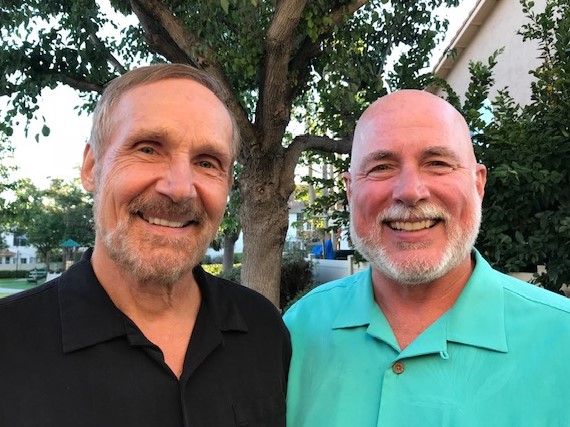